Appleton Back With The Dream

27 Feb Appleton Back With The Dream 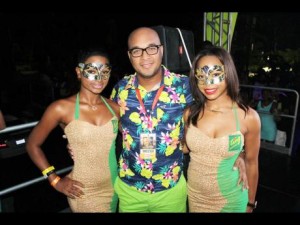 After a two-year hiatus J. Wray & Nephew, through key brand Appleton Special, is back with the dream. Dream Weekend that is. Director of marketing at J. Wray & Nephew, Gary Dixon, did everything to side-step the money question but finally admitted that the spirits giant will be throwing down “in the tens of millions” of dollars to back Appleton Special Dream Weekend under the theme ‘Rum Rules Paradise’.

Between August 5 and 9, 2015, more than 20,000 partygoers are expected to descend on Negril, Westmoreland, for 10 events that will transform the tourist mecca into party central. It is expected to be a huge money spinner involving “operators of buses and rent-a-cars and hotels (that will be) packed in summer, (which is) a low season for hotels,” asserted Dixon as he touted the economic benefit of the season of non-stop partying.

Benefits Down The Road

He would not be drawn on the immediate return on investment (ROI) for Wray & Nephew, but he maintains that apart from increased sales over the period there will be benefits down the road.

“(We’re) not gonna see the immediate return (but), what we will see is a gradual movement in some of the key attributes of our brand, such as loyalty and advocacy. That is not an ROI that we can put a figure on at the time, but certainly, a few months or a year down the line,” Dixon said.

The Financial Gleaner pressed Dixon on the reason for the company’s renewed interest after stepping back for two years. During that time the other spirits giant, Diageo, stepped in through its brand, Smirnoff.

“We were getting emails and picking up word on the streets that Wray & Nephew and Appleton brands were missing. They were saying, ‘there is no rum in Negril’, so we decided to come back in a big way beginning in 2015,” he explained.

Wray & Nephew, now owned by Gruppo Campari, is putting its parent’s muscle behind Dream Weekend. That is because the event is being organised by a group of people who do nothing but party promotions. The self-styled Dream Team is strutting with a little more swagger, especially since they are sure they can count on the numbers.

“As it is now, we have between 20 to 30 thousand patrons annually and for the next three to five years we are looking at 50 thousand patrons. We bring the most tourists to Jamaica (like) no other festival,” declared Ron Burke, marketing director for Dream Team, relying on Jamaica Tourist Board numbers. He also asserted that between 60 to 70 per cent of the patrons are foreign tourists.

To attract these overseas visitors, the Dream Team has been targeting the main markets of Canada, the United States and the United Kingdom. They are also targeting the Jamaican diaspora and Europe, including the Netherlands and France. Burke declared that it is a ‘trade secret’ regarding the money being raked in, declaring only that ‘Dream Entertainment is a profitable company’, while boasting that ticket sales are already ahead of the game.

“We begin selling tickets September 1 each year, (and) already we have sold millions of tickets online via social media and other means, and this year we are expecting at minimum 15 per cent on our numbers,” he said.

The one-week or weekend non-stop party in Negril has been buffeted by inter-brand rivalry with names such as ATI, RTI and Dreams competing for the limelight. Spirits brands like Red Stripe, Smirnoff and Appleton have at one time or another muscled their way in. Burke said that for 2015 the Dream Team directors thought long and hard and decided that Brand Jamaica was more important in what they were showcasing.

The Financial Gleaner checked on the ticket prices and found that early-bird tickets at US$199 are almost sold out. Limited regular season tickets go for US$220 and, thereafter, the price goes to US$285. Diamond season tickets are being sold for US$450.

Meanwhile, Dream Entertainment is cautiously spreading word of its intention to go public. Burke would not say whether they intend to list on the junior or the main market of the Jamaica Stock Exchange, but says they are busy making all the preparations and putting the right things in place for an initial public offering in three to five years.